The complex Arctic. An artist’s perspective

Interview with Maria Huhmarniemi
»Living conditions differ between north and south, but cultural policy is built from a perspective formed in the south. In this way, the colonial structures are propagated« says artist Maria Huhmarniemi.

Maria Huhmarniemi (1977) is active at the University of Lapland, Faculty of Art and Design, in Rovaniemi.Her art often addresses issues relating to the environment and northern living conditions, such as the relationship between man and nature, and our responsibility for nature. As a researcher, she has studied political contemporary art and how art can influence sustainability. She lives in Rovaniemi (Finland) and Muodoslompolo (Sweden). 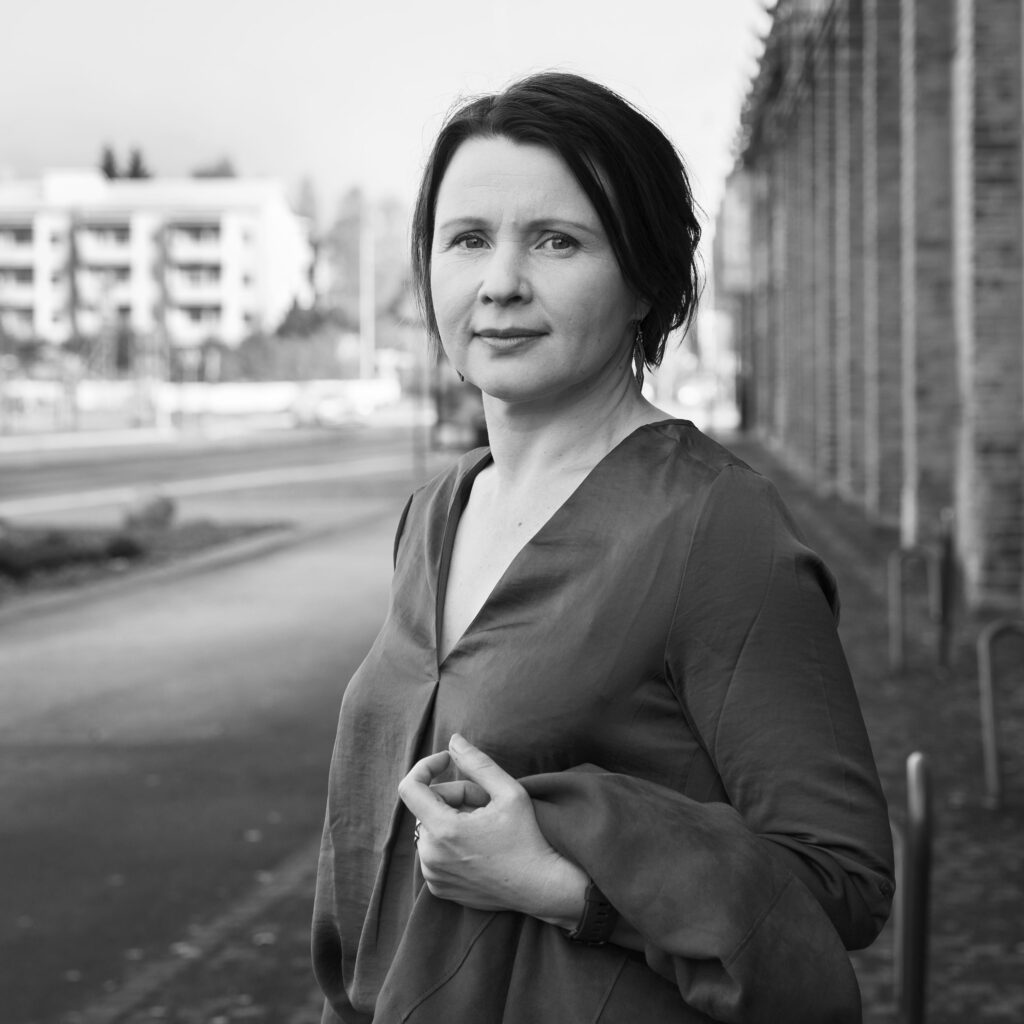 The Arctic has no definite southern border. Some say it runs along the southern limits for the midnight sun or that it is
defined by climate. Others say it is about the tree line or average temperature. As an artist, what is your interpretation?

Apart from the physical area, it is something almost mythical, associated with the notion of being cold and remote. It’s the opposite of what we have in the south. Many artists working in the Arctic region, regardless of whether they live in Canada or Finland, are affected by the political tension between indigenous peoples and other groups, and by the competition over natural resources. There is a strong and vibrant cultural heritage here, but the political structure is weak and can’t protect nature and the ecosystem. Nor are there any powers that support the arts and culture in this region.

Indigenous cultures and rights have become increasingly politicised in recent years. How does this impact on the arts?

The relationship between animals and humans and between man and the environment have long been the obvious subject matter in the Arctic, and these issues have also recently gained more global attention. Artists from indigenous minorities get more recognition now than before, but some of them, especially young artists, are forced to navigate two worlds simultaneously, with two different logics. They are in the midst of a tangible, entirely concrete conflict.

It’s always easier to discuss indigenous peoples further south, where you can demand that rights are respected, territory
is returned and independence is granted to indigenous peoples, etc. Here in the north, it’s not as straight-forward. It’s isn’t always clear who is allowed to belong to an indigenous community, regardless of heritage. There are many, personal and emotional
conflicts that have been going on for decades. That is also significant. Added to that, some minorities in the Arctic region
are not granted indigenous status. Their cultural heritage also deserves acknowledgment, support and respect. The colonisation of the north has not only affected the indigenous peoples but all local cultures. Identities are complex. Even saying, “I am an artist” is a huge identity issue here.

How do the cultural policy systems relate to the reality you describe here?

The conditions of life differ between north and south, but cultural policy is based on a perspective that was formulated in the south. The north doesn’t have much influence. Power is never centred here, and that reinforces the colonial structures. Statistics show that most government funding for the arts goes to those who work near the capital cities. It’s an advantage to live closer to power, closer to the institutions, closer to the top-ranking colleges.

Does this also impact on the notion of artistic quality?

Quality is always related to context. The south has social networks, contact platforms and a well-established image. Humans are social beings, and the decisions on who gets public funding are made by humans. Therefore, it is extremely important that we can persuade the young artists to stay in the north, to work and contribute here. But the meagre grants and funding that is available does not go very far. And the municipalities here don’t have a strong tradition of buying art for public buildings or spaces. The choice to remain in the north needs to be made easier. That would raise creativity and self-esteem throughout society.

Tourism is growing rapidly in the Arctic. How can tourism and the arts be connected?

In Lapland where I work, tourism is the only factor that can actually provide any resistance to the industries that exploit the natural resources. I’m interested in public art, and how art can be used in public spaces, and that’s where tourism offers new possibilities. If we are serious about wanting to teach the world more about our cultures in the north, what better way than to make the arts part of tourism? A very concrete approach is that tourism companies construct a lot of new buildings, and even if only one per cent of their budgets are earmarked for artistic design, this makes new room for art. Artists can make the tourist experience more sustainable, globally aware and respectful to local cultures. Snowmobile tourism is the very opposite of what we are after. Snowmobiles have nothing to do with local culture. Racing through the landscape at high speed leaves no deep impression – of nature or the bigger picture.