Interview with Eva Bergquist
Eva Bergquist misses a serious, focused conversation about art and culture. »Politicians and civil servants have trained a sensitivity regarding what can be discussed and what not. Certain questions have therefore been impossible to raise.«

Eva Bergquist (1963) is a political scientist who
studied in Stockholm and Paris. She has broad
experience from the cultural sector, including the Royal Dramatic Theatre in Stockholm, Swedish
Television Drama, Stadsteatern in Stockholm, and as an assistant under-secretary in the Ministry of Culture. She was also the cultural counsellor at
the Embassy of Sweden in Washington D.C. She is currently the executive director of the cultural
administration of Region Stockholm. She has frequently raised issues concerning the complexity of the governance of culture and the relation between the different political levels. 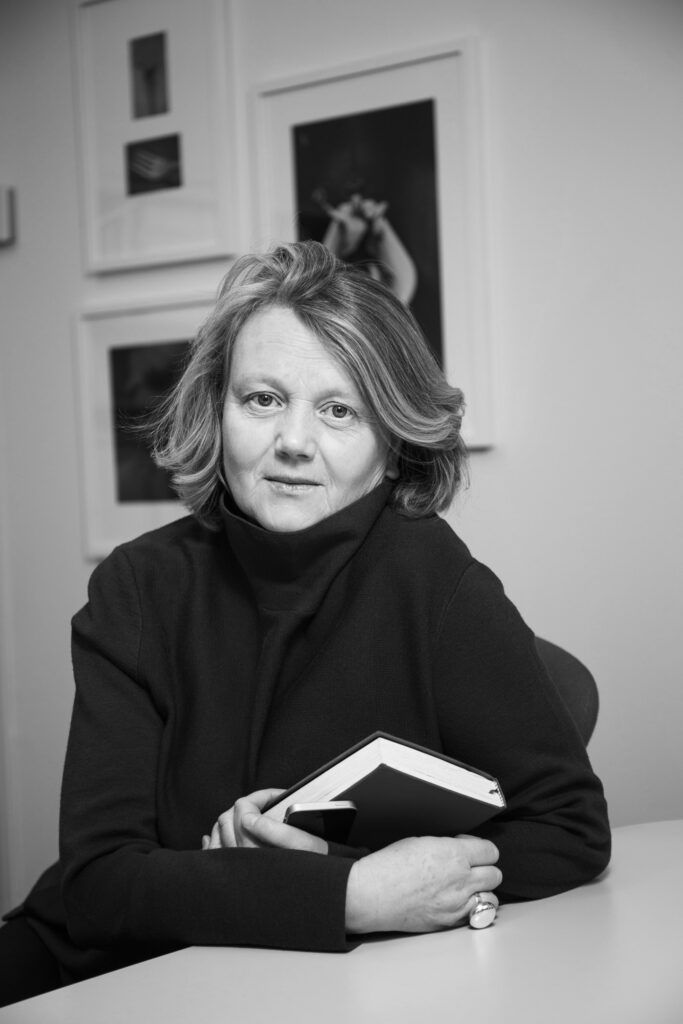 Art and culture reflect society and portray the times, convey history – and help us move ahead. This reflective capacity makes it hard to isolate a discussion about culture from social change in general. The task of cultural policy is therefore very broad and, unlike other fields, cultural policy spans the entire human register, in both time and space. Cultural policy itself has become a mirror in many ways – and occasionally a funhouse mirror – for society at large.

What does this funhouse mirror reflect?

The explorative nature of art and the diverse expressions of culture are particularly sensitive to governance. If cultural policy leans too heavily towards value judgments – which, by nature, vary over time – and require art and culture to answer to specified social challenges, then the stories will be biased, and the experiences will be less rewarding for us, the consumers of culture. We will end up with a kind of “presentism”, where everything is interpreted in a here and now context.

What discussion do you feel is missing?

A serious debate on the core values of culture and the arts.

That culture has a strong social dimension is often – and quite rightly – highlighted in discussions. But we rarely mention the role of art in a longer perspective. What is handed down by those who lived before us? What do we in turn hand down? These long timelines are part of the core of the cultural policy mandate, and we need to talk about them much more. There is a basic agreement on how our society should be organised. That agreement is expressed in what we call “culture” in both the anthropological and artistic sense. Identity politics fragment this “we” by focusing on the differences between groups. Identity politics puts pressure on all policy fields, but its impact is particularly strong on culture and the arts, since it is the very opposite of the arts. Identity politics highlights our differences, whereas the power of the arts lies in their ability to transcend differences: “What is at the bottom of you is at the bottom of us all”, as the Swedish author Gunnar Ekelöf wrote in his poem Färjesång.

But won’t there always be conflicts between different interests in society?

Of course there will, and we must remember that art is just as much about exploring contemporary life as it is about
looking inwards, to our deepest core.

In my view, special interest groups can be seen as satellites around a planet. The satellites influence one another, but they also affect the planet. The mission of the arts is to portray the totality. To facilitate this mission is one of cultural policy’s main objectives.

In recent years, several Nordic countries have attempted to restructure their cultural policy systems. This has been driven to a large extent by the issue of decentralising/regionalising. You yourself had a central position in the government offices when Sweden changed its cultural policy in 2009. Did you discuss the core values then?

No – and with a few years’ hindsight, I believe we wanted to accomplish too much, in far too short a time. Cultural policy had probably reached a dead end with regard to the notion that regional cultural policy ambitions required government funding, but what I think is important to remember is that we were in a partially different landscape than today. For instance, the proposal for larger regions was still on the table. Above all, cultural policy was characterised by an almost unanimous agreement regarding its orientation and funding. I think this partly explains why certain issues, such as the meaning of the “arm’s length” principle, were considered to be fairly straight-forward. Admittedly, there was a lively debate on the meaning of artistic quality, but that was more about fear of change rather than about the mandate and role of cultural policy. We need an extended discussion on how the various political levels relate to one another in the new landscape – the repercussions of the covid-19 pandemic have shown us this clearly, if nothing else.

»There is a tacit agreement, a strong consensus, about what can be discussed in cultural policy, and what can’t. I think politicians sometimes long for clearer ideological lines of conflict, but they rarely have the chance to explore them.«

Artists often get deeply emotional about change. Why is that?

One simple reason is that no one wants to be thrown out of the community. There is the need to express oneself, of course; many have furthermore devoted four, five or even six years to studies, with all that this entails, they have huge student loans and identify with the area. That makes it hard to switch careers. All changes upset the system. The British and US higher education systems offer somewhat different opportunities. You can be a Tolstoy specialist but still get recruited by an investment bank. It’s your analytical ability the employer is after, not your knowledge of Tolstoy in particular. In the Nordic countries, we have a more instrumental approach to the link between education and employability, and artistic training is regarded as a specialist field of study like any other. Competition for available funding is fierce, and it is not hard to see why you wouldn’t want to miss the chance to get it.

There is a tacit agreement, a strong consensus, about what can be discussed in cultural policy, and what can’t. I think politicians sometimes long for clearer ideological lines of conflict, but they rarely have the chance to explore them. In theory, civil servants in the cultural sector are a kind of transformers; they transfer energy between politics and citizens. In reality, it’s not that simple. The civil servants are experts with an overview, who are in dialogue with the sector, but they are also part of an intricate fabric that also includes clients, artists, funders, audiences and citizen perspectives. They develop a sense of what issues can be discussed in public, what can’t. You could say that the civil servants “educate” the politicians in what is possible to discuss, for better or for worse.

So, what issues are impossible to talk about?

You have a wide and unique experience of the ins and outs of cultural policy. Where would you like to see change?

First of all, I would want funding to be broadened. In Sweden, practically all money for arts and culture comes from public funds – and our own consumption of culture. This leads to over-cautiousness and pandering to public opinion and trends. It is interesting to compare to the USA, where arts institutions nearly always rely on funding from many different sources. If a local business donates 20,000 dollars to a local theatre, people in the neighbourhood might contribute 10 dollars to the same cause. From the theatre’s point of view, all donations are just as important. What they produce should therefore be relevant to the many, or else funding will stop. This relationship means that the theatre needs to communicate with the local area on all levels, down to the grass roots. That’s not always how it is in Sweden. If there were more roads to the Parnassus, there would be greater diversity in the cultural sector. And the climate of debate would improve if everyone didn’t depend on the same source of funding.