We need to read to be able to live with ourselves

Interview with Marianne Stidsen
»What is the use of intellectuals, if they cannot ask questions that go against consensus?« asks the literature scholar Marianne Stidsen. She has taken a central and independent position in numerous debates on literature, criticism and education.

Marianne Stidsen (1962) is a literature scholar at University of Copenhagen. She is a critic and member of the Danish Academy. Her most recent books are “Living Letter. Dialogues on the Golden Age of Criticism” (2018) and “The Nordic MeToo
Revolution 2018” (2019). 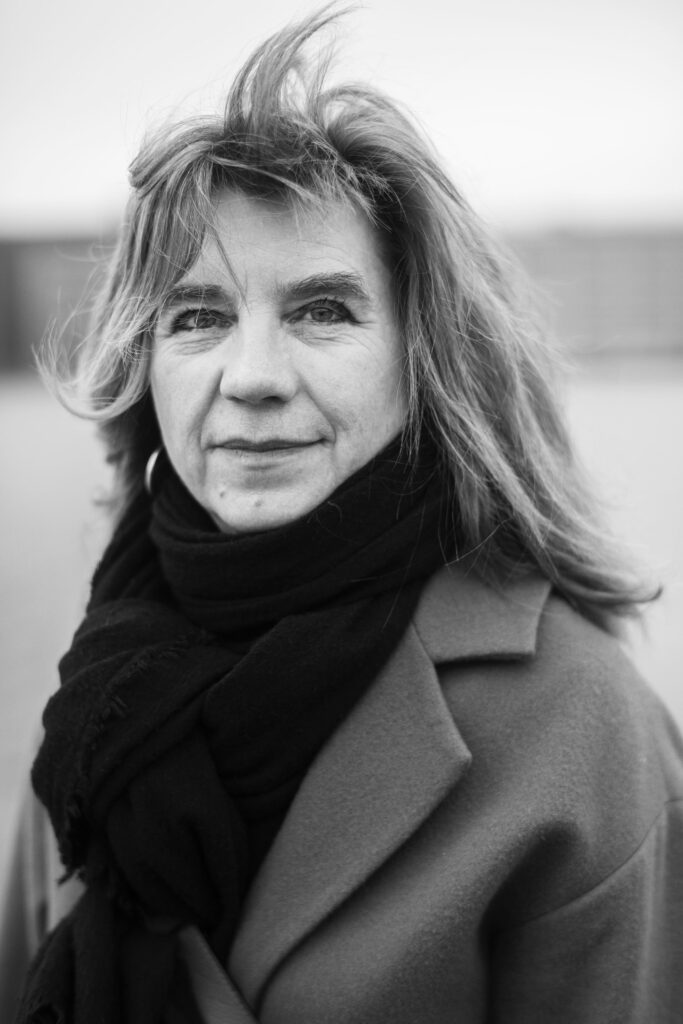 It is most unusual for a literature history book to cause heated debate, but when you wrote about the concept of reality in Danish and Nordic literature after the Second World War in your doctor’s dissertation “The New Mimesis”, this is exactly what happened. Were you expecting such violent reactions?

Has the discussion proceeded the way you imagined?

Yes, totally. Since my aim is to create an alternative understanding of literature to the one that prevails today, many people find me provocative.

I challenge the ideologising approach that wants to reduce literature to an expression of ethnicity, class, gender. Instead, I want to revert to the individual and universal human aspect of literature – without ignoring that the larger collective contexts we are embedded in always mean something to us.

In late-modernist literature, it is that very contrast between the universal and the particular that is at the centre of literary works.

What is it in your background that gives you that perspective on literature?

I belong to a generation of artists and intellectuals who challenged Marxism and its totalitarian claims in the 1980s and 1990s. The generation that now dominates academia and the debate is similar to that of the 1970s, but instead of class struggle we now have identity politics, and traditional feminism has been replaced by an obsession with sexualities and identities. But the tendencies are the same. There is, I would say, an inherent, dangerous logic in this tendency. First of all, it obstructs an open and free discussion of different standpoints. And then, a need arises to silence any contradictions. It’s as if the most meaningful thing I can do with my remaining years at university and in cultural debate is to formulate a counter-image to the increasingly totalitarian ideas on the arts and culture, which have made a come-back.

Can you describe your counter-image?

I claim that the main characteristic of the arts is that it provides a space where you can reflect and develop as a human being, mould your individuality. This is not primarily about you as part of a group, but you as an individual human being. That psychological, existential and universally human dimension is what makes the arts indispensable. This is what gives us valuable insights about ourselves, forming us as individuals and lifting our civilisation. As you can see, my approach to art goes back to the Enlightenment, that is, to the liberal, humanistic culture that had its golden era from the late-18th century to the mid-20th century. My philosophical hero is, of course, Immanuel Kant. He is basically the one I discuss with and occasionally refute. His great genius as a modern philosopher is that he describes how our world consists of three independent spheres: the natural sciences, ethics and aesthetics. All three speak to us, but the crucial factor for a modern society is that they relate independently to one another. This principle of keeping the spheres separated is vital to the chances of a modern democratic society being able to function in a satisfactory way. But today, art is not allowed to be art. It is being used and made to be useful for other purposes. Instead of seeing the arts as indispensable to the development of free human beings, art is used to force us to identify with differen
kinds of groups – or it is instrumentalised in other ways. That, in my view, is a very, very problematic road.

You challenge what is usually summed up as “identity politics”, and yet, identity formation is a central theme in your publications. Isn’t this a paradox?

Well, it may seem paradoxical at first, but let me try to explain:

Today, the identity discussion gravitates towards two opposite camps: a reactionary, nationalist camp, and a camp of radical left identity politics. Both spring from the realisation that our globalised world causes an identity loss in people, but they address the issue in two completely opposite ways. The right wing insists on a national and/or religious identity, whereas the left wing insists on a gendered, racial or minority identity. In my opinion, the arts and humanities have failed to reflect and engage with either of these camps. In other words, we have not been good enough at presenting the possibility of developing a modern individual identity. The theoretician who has contributed a lot to formulating the foundations for such an identity in modern times is the German-American psychologist Erik Erikson. He provided one of the theoretical pillars for my doctoral thesis, and for liberal-minded social critics such as Francis Fukuyama. In his seminal work Identity Youth and Crisis from 1968, Erik Erikson writes that modern democratic society needs to win people over – not least youth – “by convincingly demonstrating to them – by living it – that a democratic identity can be strong and yet tolerant, judicious and still determined”.

This project has been forgotten in the competition state’s one-sided technocracy and economism.

But since people continue to be simply people, even in the competition state, that is, they go on looking for context, meaning, orientation, values, standpoints – in short, identity – problems arise when all they are offered is the right-wing populist, fundamentalist or left-wing populist tendencies that share the characteristic of being emotionally charged, and in some sense primitive. Therefore, it is crucial that the identity option that Erikson’s work is all about is made visible. This, in my opinion, is what should be promoted. Along with the demand that society should give us people the time and space to develop as individuals by providing opportunities for contemplative introspection and for attaining self-knowledge. We can learn a great deal in this respect by studying Nordic literature written after the Second World War. In my thesis, I show how it reveals the development of different forms of contextual utopias – unlike the liberation utopias that were formulated in literature from the 19th century to the mid-20th century. This is the fruit of what I call “phantom pain from the broken taproot”, i.e. from the dissolved identity. We see it not only in the post-war authors but also in contemporary writers. What is new, compared to the 1940s and 1950s, is that writers today inscribe themselves into a cultural context where there is no social or political understanding of this deep insight into the human condition. Or, they offer potential identities that refuse to be compatible with a modern, democratic society’s requirements on individual freedom and individual autonomy.

Up until the mid-20th century, we still had a living idea of the sovereign human being as an individually thinking free intellect, with independent responsibility for its education. That is no longer the case. The human, existential needs have been ignored by politics and have had to succumb to collective models of explanation. We will all have to pay the price for this.

»To develop the existential side of our lives, we need to interact with the arts. Only then can we attain a form of resilience, a capacity for perseverance and necessary recovery. We must dare to admit that literature is essential in our lives.«

What are the consequences?

That we are migrating towards a primitive, uncivilised form of group identities, or what you could call “clan identities”, that encourage us to see ourselves as group creatures, fighting other groups, instead of as independent, separate individuals with free will and personal responsibility.

Have intellectuals been given a new role due to these shifts?

What’s the use of intellectuals, if they can’t ask critical questions that challenge the consensus? Criticism, you could say, is the modern world’s most important form of thinking, and literary criticism (as I argue in my latest book Living Letter) is one of the finest and most sophisticated examples of this modern, antidogmatic form of thinking.

In your view, is it the changed media climate that has transformed the conditions of criticism? Fewer journals and more pandering to the dramaturgy of social media?

Yes, media developments have been profound, but we who are professionally active in the field are also greatly responsible. We have established forms of literature studies and criticism that no longer feels relevant to people. No one reads fiction to learn about social conditions, we read because we need that little peephole into the interhuman world.

I recently launched a research project on literature and the fostering of character. The key issue is, of course, how we are influenced by what we read. In that context, I looked at a report on school children. It turns out that children today are extremely social, but often incapable of expressing their own ideas and thoughts. This is a logical development in those who focus on social media. To develop the existential side of our lives, we need to interact with the arts. Only then can we attain a form of resilience, a capacity for perseverance and necessary recovery. We must dare to admit that literature is essential in our lives.

The learning I am calling for can be achieved, for instance, by reading fiction with the younger generation and, above all, by reading longer fictional texts together with them. This is one way in which we can evolve as individual subjects. Then we can “live with ourselves”, with all our rational and irrational sides, without constantly having to blame the world for every conceivable discomfort or frustration.

Society should create the most equal and fair material conditions possible for its citizens, and ensure that the institutions operate as optimally and as civilised as possible. But society should not determine, or stipulate guidelines for, the existential life of individual human beings. That should be left to each person to learn how to achieve for him- or herself. And this is where fictional literature can play an undisputable part, as it has done throughout the history of modernity.

But what happens to the commons? Doesn’t this bring us back to where we started, to total fragmentation, dissolution and loss of context?

No, it doesn’t. Of course, it would be hugely problematic and preposterous if we in the modern world were to blindly adopt the world views, mythologies and identity-forming childhood conditions of others. Nevertheless, the images and stories we get from literature enable us to recognise our own subjective quest for identity, and our own existential striving to become human beings, in the quests and strivings of other subjects. This, in itself, creates a form of universal human community, bridging cultural and other differences. Literature gives us a unique space in the present, where we can reflect on the universal – without expunging our differences. Call it human aesthetic formation of character, if you like.